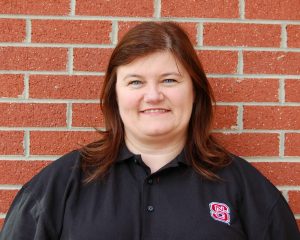 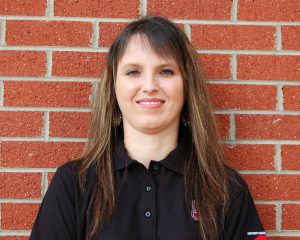 Mary earned an undergraduate degree in Elementary Education from North Carolina Wesleyan College. She served as the PLC chair for first grade at her school. Over her years of teaching, she has been grade level chair, SIT representative, District Transition Team representative, and part of the First School Initiative at UNC Chapel Hill. Mary taught first grade at Stocks Elementary School before beginning the NELA program. She completed the Summer Community Internship at the NC Cooperative Extension-4H. While in the Principal Residency phase of the program, Mary became Assistant Principal at South Edgecombe Middle School, where she served from 2016 to 2019. She then served as Principal at GW Bulluck Elementary School until 2022. Mary is currently serving as Principal at Tyrrell Elementary School. 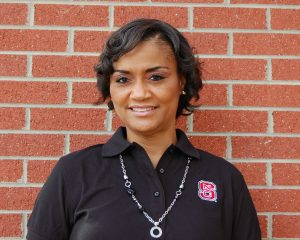 Sandra attended Wayland Baptist University and earned a Bachelor of Science in Occupation Education. She also earned a Masters of Science in Education from Concordia University in St. Paul, MN. Sandra taught Career and Technical Education and Business Education at Martin Millennium Academy and W.A. Pattillo Middle School prior to joining the NELA program. During her residency year, she was at SouthWest Edgecombe High School and GW Carver Elementary School. She was an Assistant Principal at Eaton-Johnson Middle School during the 2017 to 2018 school year. Sandra served as Assistant Principal at Vance County Middle School from 2018 to 2019. Sandra is currently serving as CTE Department Chair, Career Development Coordinator, and a Family and Consumer Science Teacher at Pine Hollow Middle School in Wake County. 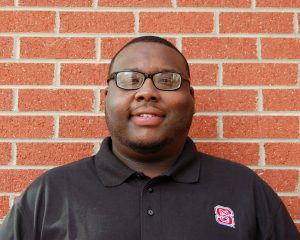 Rashard earned an undergraduate degree in English and Pre-Professional Speech Pathology from Elizabeth City State University. He also earned a Masters of Arts in Teaching from East Carolina University. He received the President’s Volunteer Service Award from the Corporation for National and Community Service. Rashard was a NC Ready for Success Alignment Fellow. He is the author of Teaching Wisdom which offers a practical and useful guide for beginning teachers and those veterans who need to be reminded of their calling to teach and lead. He has served as School Improvement Chair, Young Scholars After-School Coordinator, and Saturday Academy Coordinator. Rashard served as an Instructional Coach at W.A. Patillo Middle School, where he also served as Assistant Principal during the 2016 to 2017 school year. He was an Assistant Principal at Tarboro High School during the 2017-2018 school year. Rashard was Principal at Washington County Early College High School until 2019. He is currently the Principal at Northeast Elementary School. 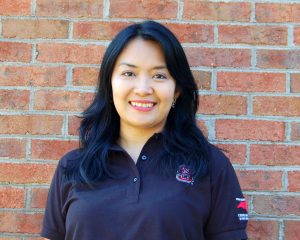 Andrea was a double major at the University of the Philippines and earned B.A. degrees in Political Science and Sociology. She also earned a Masters of Arts in Special Education. She was recognized as the Teacher of Excellence for Halifax County Schools in 2011. In the 2014-2015 school year, she was the Teacher of the Year at Dawson Elementary School and the 2nd Runner-Up for Teacher of the Year for Halifax County Schools. She participated in reading Foundations, Poverty, Rapid Results Approach, and K-3 Formative Assessment trainings. She enjoys blogging about parenthood and education and takes pride in her role as an educator and instrument of change. Andrea was an EC Resource teacher for grades K-5 at Dawson at Scotland Neck Primary School. She completed her Principal Residency at Southeast Halifax High School and Hollister Elementary School. Andrea was the District Transition Specialist for Halifax County Schools during the 2017 to 2018 school year, then served as the Director of Specialized Services for Rocky Mount Preparatory School from 2018-2021. Andrea then served as the Director of Exceptional Children and Services for Weldon City Schools until March 2022 when she took a new position as Director of Specialized Services and Federal Programs at Rocky Mount Prep. 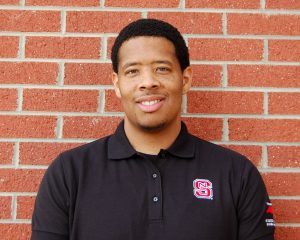 Dr. Ewell earned an undergraduate degree in Laboratory Animal Science from North Carolina Agricultural and Technical State University. He also earned a degree in General Education from Vance-Granville Community College. Ryan received an Interdisciplinary Certificate in Biotechnology. He participated in the New Tech National Annual Conference in 2012 and 2013, SAS Curriculum Pathways Training for High School Teachers and Building Unit Plans in 2014, and the New Tech National Network Meeting of the Minds in 2012 and 2013. Dr. Ewell taught Physics, Chemistry, Earth and Environmental Sciences at Warren New Tech High School. He completed his Principal Residency at Vaughn Elementary School and Warren County Middle School then became Assistant Principal at Selma Middle School. In May of 2021, Dr. Ewell received his doctorate in Education Leadership from East Carolina University, and is currently serving as Principal of Cleveland Elementary School in Johnston County. 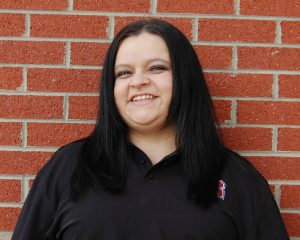 Kat earned an undergraduate degree in English and History from Baldwin-Wallace College in Berea, Ohio. She also earned a Masters of Education in Curriculum and Instruction from Cleveland State University in Cleveland, Ohio. Kat is certified to teach 6th-12th grades and has taught every grade under her certification except 6th grade. She spent a year working at Grand River Academy with boys who were considered at-risk and has taught English at Edgecombe Community College. Throughout her teaching career, Kat has served as a tutor, substitute, dorm parent, activities supervisor, assistant bowling coach, assistant softball coach, cheerleading coach, City of Granville camp supervisor, mentor, senior project coordinator, and PBIS committee member. Kat taught English I and IV at SouthWest Edgecombe High School. She completed her Principal Residency at Tarboro High School in fall 2016 and South Edgecombe Middle School in spring 2017. Kat was an Assistant Principal of Roanoke Rapids High School during the 2017-2018 school year. She served as an Assistant Principal at Ashe County High School from 2018 until 2020, then as Assistant Principal at Maurice Bowling Middle School in Owenton, KY until Fall 2021. Kat served as Associate Principal at Best Point Education and Behavioral Health (previously called The Children’s Home of Cincinnati) until being named Principal at Rockwern Academy in Cincinnati, OH in August 2022. 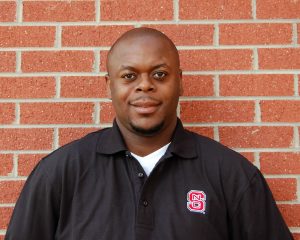 Magnus is from the beautiful island of Jamaica. He started teaching in the United States in 2008 and later came to North Carolina in 2010. Magnus earned a degree in Middle Grades Education from Western Carolina University. He was the 2012-2013 Teacher of the Year at Pinkston Street Elementary School and 1st runner up for the 2012-2013 Vance County Teacher of the Year. In 2012-2013 he had the highest percentage of students to pass the End of Grade Mathematics exam in Vance County. In 2013, he received the North Carolina Council of Teachers of Mathematics (NCCTM) award for outstanding elementary teacher in Vance County. He was also the 2014-2015 South Warren Elementary School Teacher of the Year and had the highest percent of students passing the fifth grade End of Grade Mathematics exams for 2015. He has been trained in the Five Dimensions of Learning and participated in the View Global Education Training at UNC-Chapel Hill. Magnus also participated in the Visiting International Faculty Program (VIF) for five years and the Vance County Teacher Executive Institute in 2012. He taught 4th and 5th grade mathematics at South Warren Elementary and was a member of his school’s improvement team. He was also the schools’ chair person for the safety committee and was the coordinator for math and science night. Magnus completed his Principal Residency at Warren County Middle School and Vaughn Elementary School. He served as Assistant Principal at Clayton Middle School from 2017-2020. Magnus is currently serving as the Assistant Principal at Wendell Middle School. 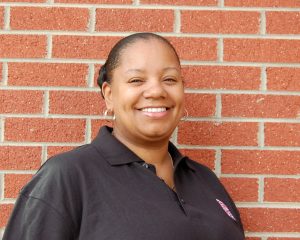 Tonya attended Saint Paul’s College and majored in Organizational Management. She earned a Masters of Education in School Counseling from Virginia State University and a Post-Masters Certificate from UNC Greensboro. She earned National Board certification for Professional Teaching Standards in School Counseling for Early Childhood through Young Adulthood. Tonya is a member of the North Carolina School Counselor’s Association, where she served as a delegate for the capital region during the 2014-2015 school year. In 2012-2013 she was a member for the NCDPI’s Advisory Council for School Counseling. Tonya was a school counselor at William R. Davie Middle School. She completed her Principal Residency at Northwest Halifax High School in fall 2016 and Weldon Elementary School in spring 2017. Tonya served as Assistant Principal at Manning Elementary School from 2017-2021 and then as the Director of Clara Hearne PreK Center in Roanoke Rapids, NC. 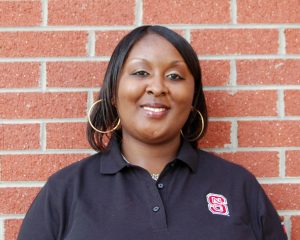 Shamika earned an undergraduate degree in Family and Consumer Sciences with a concentration in Child Development and Family Relations from North Carolina Central University. She was the Teacher of the Year for Northwest Halifax High School and the Halifax County School Employee of the Year in the 2013-2014 school year. She was the Teacher of the Month at her school in October of 2014 as well. She was the School Improvement Chairperson, Cheer Adviser, and on other committees with her school and community. Shamika taught early childhood education I and II and parenting and child development at Northwest Halifax High School. Her Principal Residency placements were Dawson at Scotland Neck Primary and Enfield Middle School. She is currently serving as a Career Development Coordinator for the CTE department, Instructional Management Coordinator (IMC), and the Special Populations Coordinator (SPC) at Northwest Halifax High School. 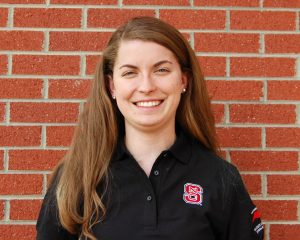 Johanna attended the University of North Florida and earned an undergraduate degree in Elementary Education. She was a 2012 Teach for America corps member and still serves as an Alumni Community Engagement Ambassador for Teach for America Roanoke Valley. She is K-6 ESOL certified. She was a Freedom Schools servant leader intern in the summer of 2014 for the Rocky Mount Children’s Defense Fund. She taught 5th grade science at Weldon Middle School during her first year in the NELA program. She was also a Science Department Chair, School Improvement Team Chair and 5th Grade Team Leader. She completed her Principal Residency at Weldon Elementary School in fall 2016 and Dawson at Scotland Neck Primary in spring 2017. After graduation from NELA, she was an Assistant Principal at Martin Millennium Academy during the 2017 to 2018 school year. Johanna served as the Director of Innovation at Dare County Schools until being named Assistant Superintendent of Elementary Education in Cabarrus County Schools in August 2022. 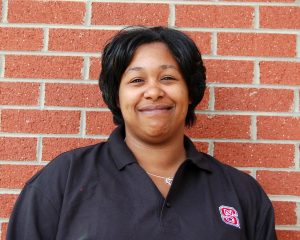 Dakisha attended North Carolina Central University and earned a degree in Business Administration and Management and licensure in Elementary Education. She was the District Teacher of the Year for Warren County in 2011 and received the Perseverance Award in Warren County. She was recognized as Employee of the Month in Halifax County in 2015. She has taught first through fifth grades over her 12 years of teaching experience. Dakisha was an Instructional Coach at Dawson Elementary School before beginning the NELA program. She completed her Principal Residency at Enfield Middle School and Southeast Halifax High School. Dakisha has been serving as Assistant Principal at Laurel Mill Elementary School since 2017. 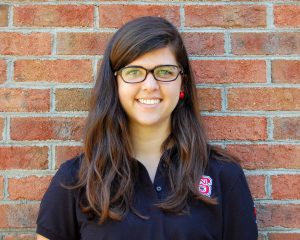 Lacey earned an undergraduate degree in adapted special education from the University of North Carolina at Wilmington. She taught and worked with children with emotional disabilities at Wilton Elementary School before joining NELA. She completed her Principal Residency at Williford Elementary School in fall 2016 and served as Assistant Principal at Nash Central Middle School in spring 2017. After serving as a Graduate Research Assistant and pursuing her doctorate degree in Educational Leadership at NCSU, Lacey is now an Assistant Professor of Educational Leadership at Virginia Commonwealth University. 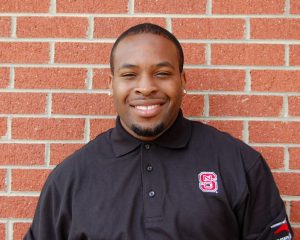