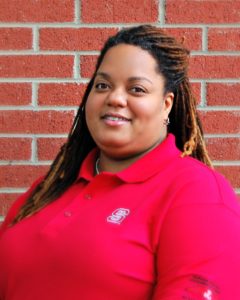 Jamel earned her Bachelors of Arts in English from Fayetteville State University in 1998 after graduating from The North Carolina School of Science and Mathematics in 1994. Her Master’s Degree in Curriculum and Instruction was conferred in 2007 from University of Phoenix. While her career in education is in its 17th year, her experiences have taken her to multiple levels and sectors of education, including elementary, middle, and the collegiate level as well as the public and private sectors. Jamel’s love of learning is only surpassed by her love of the integration of play, technology, and the arts to engage learners. She has served her school community as Literacy Committee Chairperson, School Improvement Team Chairperson, and was 8th grade level chairperson and grade level lead support for English Language arts teachers throughout the Durham Public Schools district. During her residency year, she was at Burton Elementary School. Jamel is currently serving as Assistant Principal at Jordan High School. 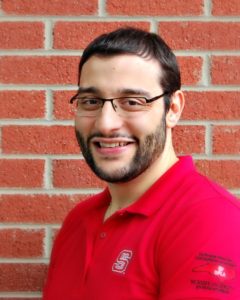 Michael earned his undergraduate degree in history, with a minor in social sciences, and a Master’s of Education from D’Youville College in Buffalo, New York. As of 2017, Mike will have spent a decade teaching 8th grade social studies at Rogers-Herr Middle School in Durham, N.C. Additionally, he served as the Social Studies co-department chair, the 8th grade team leader, and the Explorers team leader. Mike was also a part of the Media and Technology Committee and the Continuous Improvement Team. Outside of school, Mike worked at the Emily K Center where he was a counselor to four students in the Scholars to College program. Lastly, Michael worked for the Technical Outreach for Public Schools Program through NCDPI, and for North Carolina State University creating questions for the N.C. Social Studies Final Exams. During his residency year, he was at Southwest Elementary School. Michael is now serving as Assistant Principal at Hillandale Elementary School. 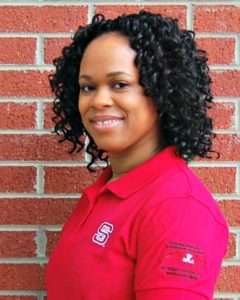 Tiffany earned an undergraduate degree in Family and Consumer Sciences with a concentration in Child Development and Family Relations from North Carolina Central University. She began her teaching career as a lateral entry teacher, and later completed her K-6 Elementary Education licensure at North Carolina Central University. She earned a Master of Education degree in K-12 Literacy from The University of North Carolina at Chapel Hill. She was a Multi-Tiered System of Support (MTSS) Facilitator and State and Local Testing Coordinator at Pearsontown Year-Round Elementary School. She was a Principal Resident at Lucas Middle School during the Fall 2017 semester. Tiffany served as Assistant Principal at Y.E. Smith Elementary Museum School from January 2018 until 2020. Tiffany is currently serving as Assistant Principal at Burton Magnet Elementary School. 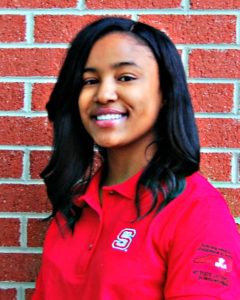 Pachette earned an undergraduate degree in Elementary Education from NC State University. She was selected as Teacher of the Year in 2016. She was also one of the six finalists for Teacher of the District for Durham Public Schools. Pachette was a member of the Superintendents Teacher Advisory Council for Durham Public Schools. She was grade level chair for three years, a mentor teacher and cooperating teacher. Pachette taught third grade at Eastway Elementary where she also served as the Beginning Teacher Coordinator. She was a Principal Resident at Lakewood Montessori Middle School during the Fall 2017 semester. Pachette was an Assistant Principal at CC Spaulding Elementary School during Spring 2018. She served as Assistant Principal at Lakewood Montessori Middle School from 2018 until 2020. Pachette is currently serving as Assistant Principal at Hope Valley Elementary. 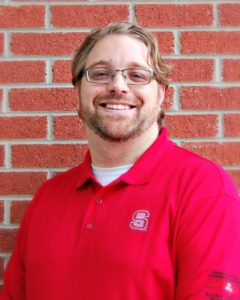 Josh earned an undergraduate degree in Secondary Education in History and a Master of Science degree in K-6 Literacy Education from Alfred University. After completing his degrees he attended Le Moyne College and received a third certification in Special Education for grades 7-12. Joshua taught seventh grade social studies at Neal Middle School. He served as the department chair and held several other leadership roles such as Capturing Kids Hearts Process Champion team, teacher mentor, seventh grade PLC lead and team leader. He was a Principal Resident Parkwood Elementary School during the Fall 2017 semester. Josh has been serving as Assistant Principal at Holton Durham Performance Learning Center since January 2018. 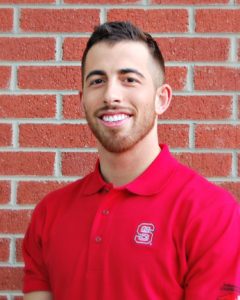 Matt Hickson earned a BS in Business Administration from the Kenan Flagler School of Business at UNC Chapel Hill. He was the Durham Public Schools Beginning Teacher of the Year and is the founder and director of Bull City Schools United. He started his path to working toward education equity as a teenager volunteering to register voters on the west side of Charlotte, North Carolina. After years of witnessing the deep social and economic inequities of our state and nation as an activist, he went to work as a teacher and advocate with Student U Durham before becoming an 8th grade science teacher at Neal Middle School in East Durham. He completed the DPLA Principal Residency at Hillside High School. Matt served as Assistant Principal at Neal Middle School from 2018-2020. He is currently serving as the Director of Online Learning for Durham Public Schools. 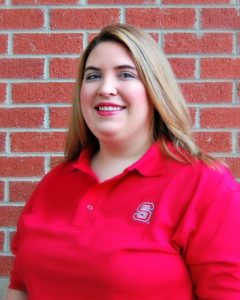 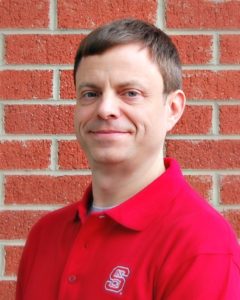 Don earned a Bachelor of Arts degree in History from Penn State University and a Master of Arts in Teaching from Duke University. He is a National Board Certified Teacher, has coached men’s and women’s varsity soccer, and is a Duke Master of Arts in Teaching (MAT) mentor teacher. He has been recognized as Teacher of the Year and has been a recipient of both Gilder-Lehrman and NEH grants. Don was the Social Studies department chair at Jordan High School. He was a Principal Resident at Durham School of the Arts. Don remains at Durham School of the Arts, where he has served as Assistant Principal since 2018. 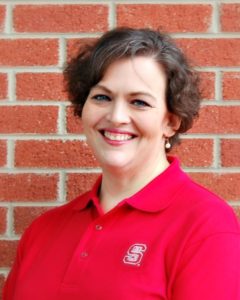 Rhonda Faircloth, a North Carolina Teaching Fellow, graduated from UNC-Asheville with a Bachelor of Arts degree in Language and Literature and Education (1997). She went on to become a Master Teacher Fellow at Wake Forest University, earning a Masters of Arts in English Education (1999). She is a National Board Certified Teacher and earned her AIG certification from Duke University. Rhonda served as a middle school English Language Arts teacher and Technology Specialist in Chapel Hill-Carrboro City Schools and Durham Public Schools (DPS) for 13 years. During that time, she was awarded Teacher of the Year at Lowe’s Grove Middle School (2005) and served in a variety of leadership roles, including ELA Department Chair (2007-2012), DPS district curriculum writer (2009-2012), and School Improvement Team member (2010). In 2012, she moved into a district leadership role as an English Language Arts Curriculum Specialist where she authored and led the implementation of the DPS middle school ELA curriculum for the newly adopted Common Core State Standards. Rhonda served as a Professional Development Specialist in the DPS Department of Leadership and Professional Development. She is the mother of a ninth grader and a fifth grader. During her residency year, she was at Forest View Elementary School. Rhonda is currently serving as an Assistant Principal at Githens Middle School. 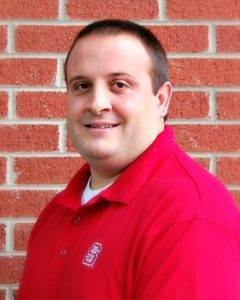 Eric earned a Bachelor of Science degree in Biology from the Virginia Military Institute. He began his teaching career as a Fellow of the lateral entry program NC INSPIRE. He taught 7th Grade Science at Neal Middle School in Durham. Additionally he served as Department Chair, SIT team member, and coach of the Science Olympiad and Lacrosse teams. He was a principal resident at Bethesda Elementary School during the fall 2017 semester. Eric was an Assistant Principal at W.G. Pearson STEAM Elementary School from January 2018 through July 2019. He is now serving as Assistant Principal at Eastway Elementary School. 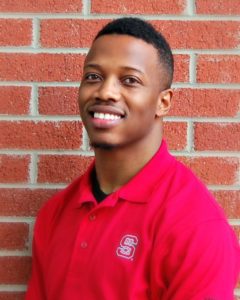 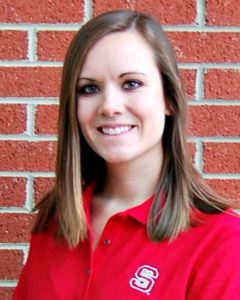 Kristin earned an undergraduate degree with honors in elementary education as well as a degree in history from the University of North Carolina Wilmington. She received Academically and Intellectually Gifted add-on licensure from Duke University. She served as the grade level chair and participated on various school committees including the school improvement team and Durham’s Leadership Learning Network. She taught fifth grade math and science before joining DPLA. During her residency year, she was at Brogden Middle School. Kristin is served as Assistant Principal at Percy Julian School in Phoenix, Arizona during the 2018-2019 school year. Kristin is currently serving as Assistant Principal at Kyrene Digital Academy in Phoenix, AZ. 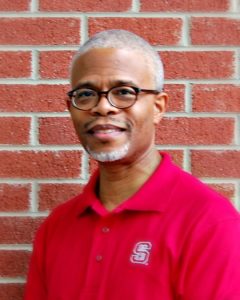 Titus earned his Bachelor of Arts in Music Education from Lane College in Jackson, Tennessee. He was a Tennessee Teacher Corps alum, and a former member of the Music Educator’s National Conference. He served as a 3rd-5th grade Interventionist at Hope Valley Elementary in Durham, was the PBIS chair, and was a member of the School Improvement Team (SIT) and Teacher Advisory Committee (TAC). He was a Principal Resident at Lowes Grove Middle School during the fall 2017 semester. Titus served as Assistant Principal at Lakeview School from January 2018 through July 2020. Titus started the 2020-2021 school year as Assistant Principal at Oak Grove Elementary School, until October when he transitioned into his current role there as Principal. 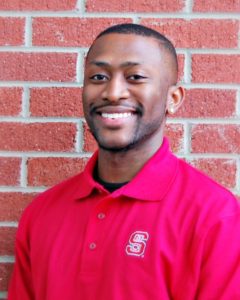 Marcus attended East Carolina University and earned a Bachelor of Science in Family and Community Services. He earned teaching certification in Elementary Education from Elizabeth City State University. He then received a Masters of Education in Curriculum and Instruction from Concordia University in Portland, Oregon. Throughout his experience in education he has served as: teacher assistant, tutor, substitute, and student services coordinator for the GEARUP Program. He taught first and third grade, with one class of only male students. He also served as Vice President for his school’s PTA and currently serves as Co-Chair of the School Improvement Team, and Chair of the Cafeteria Climate and Control Committee. He was a Principal Resident at Carrington Middle School during the Fall 2017 semester. In January 2018 Marcus became an Assistant Principal at Easley Elementary School, where he stayed until Summer 2019. Marcus is currently serving as Assistant Principal at North Carolina Connections Academy/NC Cyber Academy.