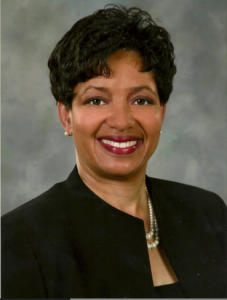 Sylvia earned her undergraduate degree in Business Administration from Old Dominion University in Norfolk, Virginia, her master’s degree in Human Resources at the University of Central Texas, a K-6 teaching certification from Fayetteville State University, and a Master’s in Library Science from East Carolina University. She was Teacher of the Year for Baskerville Elementary School (2007), Teacher of the Year for Williford Elementary School (2009), Nash-Rocky Mount Public Schools’ Teacher of the Year (2009) and a North Central Region Finalist for Teacher of the Year (2009). Sylvia was the K-5 English Language Arts Educational Specialist for Nash-Rocky Mount Public Schools. Prior to joining NELA, she served in the Nash-Rocky Mount Central Office. She completed the NELA Principal Residency at Southern Nash Middle School. Sylvia was an Assistant Principal at Martin Millennium Academy during the 2016-2017 school year. She was the Principal at Martin Millennium Academy during the 2017 to 2018 school year. Sylvia is currently serving as the Wallace Grant Director for Edgecombe County Schools. 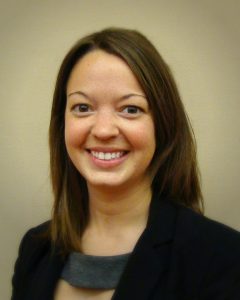 Lyndsay, a North Carolina Teaching Fellow, earned a Bachelor of Science in Secondary Mathematics Education at East Carolina University and a Master of Arts in Mathematics from Appalachian State University. She has her AIG certification from East Carolina University and is a member of North Carolina Teacher of Councils of Mathematics, National Council Teacher of Mathematics, Pi Mu Epsilon, and Ahoskie Junior Women’s Club. Lyndsay taught Math I, II, III, and IV at Hertford County Early College High School and was the Robotics Club adviser, Relay for Life Chair, Tennis Coach, and Assistant Soccer Coach. She completed her Principal Residency at Ahoskie Elementary School and was an Assistant Principal at Hertford County High School. Lyndsay is currently serving as Principal of Hertford Early College High School. 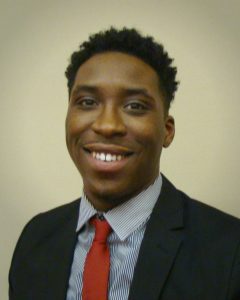 Donnell earned his Bachelor of Arts in History at Norfolk State University and joined Teach for America in 2012. He was awarded the 2011-2012 Bettie F. Williams Tri-Campus, City of Virginia Beach Volunteer of the Year Award. Donnell co-founded the “ Won Day” mentorship program, in Norfolk, Va. This program aims to instill principles such as integrity, responsibility, respect, courage in children so that they can achieve their dreams and one day become strong, responsible, and productive citizens. He was involved in The Children Defense Fund as the Rocky Mount Freedom Schools summer Site Coordinator. Donnell taught 7th grade Social Studies at Weldon Middle School. He completed his Principal Residency at Southeast Halifax High School. Donnell has been the Principal of North Edgecombe High School since 2016. 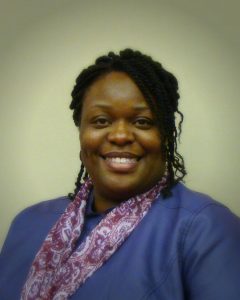 Crystal earned a Bachelor of Science degree in Adapted Physical Education and kinesiotherapy at Shaw University, and her teaching license at North Carolina Central University. She was the site director for the Terrell Lane Tornado Academy, a grant funded, academic enrichment program that targets the needs of at-risk students. Over her 14 years in the Franklin County school system, Crystal has coached volleyball, softball, and basketball. Crystal served as Curriculum Resource Teacher at Terrell Lane Middle School in Louisburg. She completed the Principal Residency at Franklinton Middle School. She was an Assistant Principal at Long Mill Elementary School from 2016 to 2018. Crystal is currently serving as Assistant Principal at Bunn Elementary School. 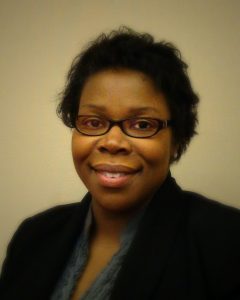 Letitia earned a Bachelor of Arts degree in Psychology from North Carolina Central University. She began her career in education in 2002 as an Exceptional Children’s teacher in Warren County. In 2010, she earned her Elementary Education certification (K-6). She facilitated professional development sessions on implementing Common Core Standards and DIEBELS Reading 3-D. Letitia taught fifth grade Reading, Writing and Social Studies at G.W. Carver Elementary School in Vance County. She completed the NELA Principal Residency at Zeb Vance Elementary School, where she is was as an Assistant Principal from 2017-2019. She currently serves as Principal of New Hope Elementary School. 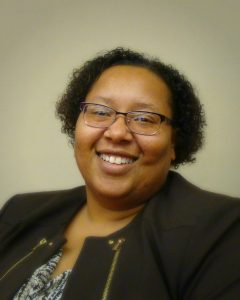 LaAlice graduated magna cum laude from East Carolina University with a bachelor’s degree in Birth through Kindergarten and K-6 certification. She earned a master’s degree in Education from Capella University. She has spent the last 13 years in the education field as behavior specialist, training facilitator, and non-profit worker. LaAlice taught second grade at Baskerville Elementary. She completed the Principal Residency at Northern Nash High School, where she served as an Assistant Principal during the 2016-2017 school year. LaAlice served as Principal of Warren County High School from 2017-2019, then as a Policy and Practice Instructional Advocate for the North Carolina Association of Educators until April 2021. LaAlice is currently serving as School Improvement Specialist for Texas Education Agency. 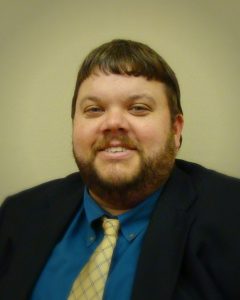 Cliff earned his bachelor’s degree in Biology from Barton College in 2004. He began teaching in Martin County in 2005 as a lateral entry candidate. Cliff served as the Department Chair and served on the School Improvement Team. In 2009 he was named Outstanding Earth Science Teacher for the Southeastern United States through the National Geological Teachers’ Association. He completed a two year fellowship with the NC Science Leadership Association and was elected as District at Large Chair for this organization. Cliff taught at Riverside High School and completed his Principal Residency at South Creek Middle School. Cliff remained at South Creek Middle after graduating from NELA, where he was an Assistant Principal during the 2016-2017 school year. He is currently serving as K-12 STEM Coordinator for Martin County Schools.

Ashley earned a Bachelor of Arts degree in Media Arts and Design with a double minor in Spanish and Humanitarian Affairs from James Madison University. She joined the Eastern North Carolina region of Teach for America and was placed at Henderson Collegiate. She taught fifth grade writing and reading there. She was also a Curriculum Specialist at the Teach for America Delta Institute where she coached a group of incoming first-year TFA teachers. Ashley served as the 5th grade reading teacher and grade level chair at Henderson Collegiate, where she also completed the Principal Residency. Ashley is currently the Principal of Henderson College Elementary School. 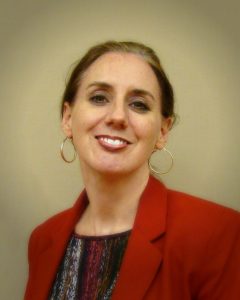 Caroline graduated Phi Beta Kappa and with Honors from the University of North Carolina at Chapel Hill with a Bachelor of Arts degree in Anthropology. She became a lateral entry teacher in 2001. She was awarded Teacher of the Year at SouthWest in 2008 and served as School Improvement Team Chairperson in 2011-12. Among her leadership roles, she has also served as district lead secondary science teacher, co-adviser of National Honor Society, mentor and peer observer. Caroline taught Biology and Science at SouthWest Edgecombe High School and completed the Principal Residency at Tarboro High School. Caroline was an Instructional Coach at North Edgecombe High School before becoming Assistant Principal in August 2017. 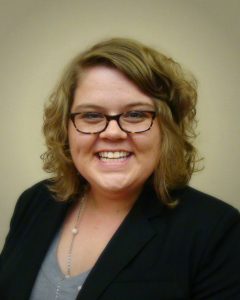 Caroline graduated Summa Cum Laude with a Bachelor of Arts in Public Relations and minors in Business Administration and Spanish from North Carolina State University. She joined Teach for America as a corps member in 2012, where she earned her teaching licensure through East Carolina University. As a corps member, Caroline served as a Transition Team Leader for incoming corps members and served as a Summer Fellow in 2014. Caroline taught Algebra I and Geometry at Northwest Halifax High School in Littleton, N.C, where she was also head volleyball coach. She also served as a member of the School Improvement Team, the PBIS Intervention Team, and was the AVID Site Team Leader. Caroline was at Scotland Neck Primary for her Principal Residency. Caroline was an Assistant Principal at Bunn High School during the 2016 to 2017 school year, then Principal of Youngsville Elementary School from 2017-2019. Caroline currently serves as Principal at W.G. Pearson Elementary School. 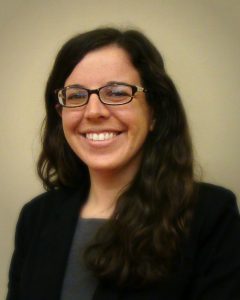 Jenny earned a Bachelor of Arts degree in French and International Relations at the State University of New York at Geneseo. After graduating, she served as a Peace Corps volunteer in Burkina Faso, West Africa, where she taught middle school math and English to French speaking youth. She moved back to the United States to join Teach for America as an Eastern North Carolina Corps Member. In 2012, she served as a Corps Member Advisor at TFA’s Houston Summer Institute. She was selected as a Sue Lehmann Award for Excellence in Teaching Nominee for the Eastern North Carolina Teach For America Corps in 2013. Jenny taught math at Warren County High School, where she served as the Math Department Chair as well as a Co-Chair of the School Leadership Team. She completed the NELA Principal Residency at Northern Vance High School. Jenny was an Assistant Principal at North Edgecombe High School during the 2016-2017 school year. She is currently serving as Principal of Phillips Middle School. 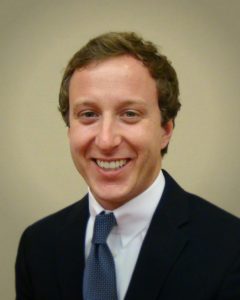 Keith earned a Bachelor of Science degree in History Education and a Master of Arts in Education from East Carolina University. He has served in various school leadership roles including department chairperson, School Improvement Team chairperson elect, and district lead Social Studies teacher. Keith was selected as the 2013-2014 Teacher of the Year for SouthWest and was named the North Carolina Teacher of the Year by the North Carolina Council for Social Studies. He co-founded the SouthWest Edgecombe Student Leadership Corp. Keith taught AP US History at SouthWest Edgecombe High School. Keith completed the NELA Principal Residency at Martin Millennium Academy, where he served as principal in the 2016 to 2017 school year. Keith was the Digital Communications Director for Dare County Schools during the 2017 to 2018 school year. Keith obtained an Ed.D. from East Carolina University in 2019. Currently, he is serving as the Middle School Director for Dare County Schools. 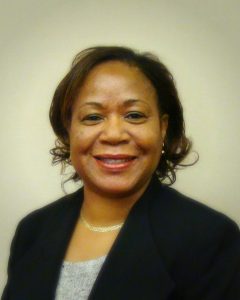 Vanessa served her country in the United States Marine Corps for 11 years. She earned a Bachelor of Science degree in Workforce Education and Development from Southern Illinois University, and a Master of Arts in Teaching from Jacksonville University. Vanessa has taught in Brussels, Belgium and Colombo, Sri Lanka, as well as Florida, Georgia, South Carolina, Tennessee and now North Carolina. She has overseen programs such as Project Lead the Way, the CIMS Reading Program, and the STEM Program. She also served as a member of her school Leadership Team, Interview Team and Grade Level Chairperson. Vanessa was selected as the Teacher of the Year for 2012 and taught at Everetts Elementary School in Halifax County. She completed her Principal Residency at Hollister Elementary School. She served as a fifth grade teacher at Everetts Elementary School until 2018. 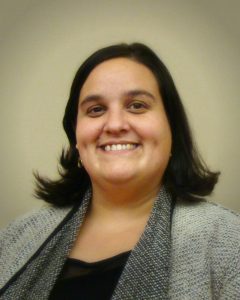 Julie earned a Bachelor of Arts degree in Elementary Education from California University of Pennsylvania in 2004. Julie was chair of her vertical PLC, as well as a member of her School Improvement Team and Instructional Leadership Team. She was the yearbook advisor, webmaster, softball coach and the athletic first-responder for Creswell High School’s football team. Julie was a sixth grade teacher at Creswell Elementary School. She also taught at South Edgecombe Middle School and completed the NELA Principal Residency at Stocks Elementary School. Julie served at W.A. Pattillo Middle School, where she was an Instructional Coach from 2016 to 2017 and an Assistant Principal from 2017 to 2018. In November, 2018, she became the Director of Testing and Accountability for Washington County Schools. Julie is currently serving as the Chief Academic Officer of the Washington County School District. 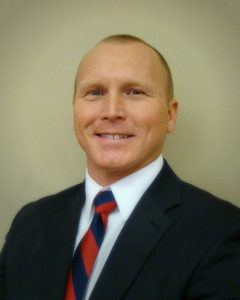 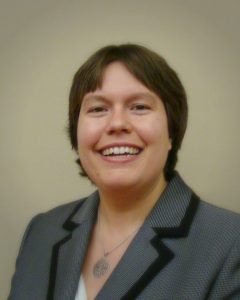 Julie graduated with honors from The College of William and Mary in Williamsburg, VA, where she earned her Bachelor of Arts in English with secondary education certification. In 2010 she earned her Master of Arts in Education in Reading, Language, and Literacy. She has served on the Roanoke Rapids High School (RRHS) Instructional Team (co-chair), RRHS School Improvement Team (secretary), RRGSD Liaison Committee, Innovation Leadership Team, and Professional Learning Community leader co-chair, and coached girls’ basketball and softball. She was named one of Virginia’s New Meritorious Teachers in 2007. Julie taught AP English Language, AP English Literature, Reading Remediation, English I, and Honors English I at Roanoke Rapids High School in Roanoke Rapids, NC. She completed the NELA Principal Residency at Chaloner Middle School. Julie was an Assistant Principal at Roanoke Rapids High School during the 2016-2017 school year. From 2017-2020 Julie served as Executive Director for Instructional Services at Roanoke Rapids Graded School District’s Central Office, where she is currently serving as the Assistant Superintendent.