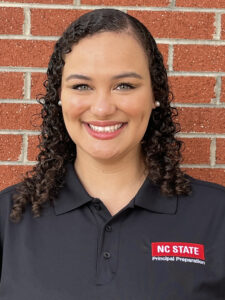 Naeema Carter graduated with honors from East Carolina University with a degree in Elementary Education with an add-on in Middle Grades Science. She has taught first, second, and third grade at Walnut Creek Elementary, two of those years were spent teaching students in an online virtual classroom. She believes that a child’s success is measured by the child setting goals for themselves and working together with their families and teachers to achieve their goals. By following this belief system, she was voted beginning teacher of the year in 2017 and served as grade level chair for first grade from 2017-2019. She has represented her school on the Superintendent’s Teacher Advisory Council from 2019-2022. She also committed her time to mentoring beginning teachers during the 2020-2021 school year. Her focus on building a positive school community can be seen throughout her interactions with her colleagues and students. Naeema can be reached at nhcarter@ncsu.edu. 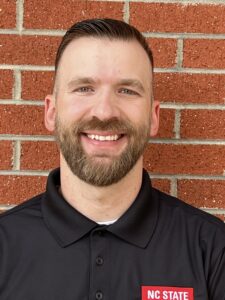 Anthony Grondziowski earned his undergraduate degree in Social Studies Education from Robert Morris University in Pittsburgh, Pennsylvania. Following graduation in 2014, he taught in Iredell-Statesville Schools as a Social Studies teacher, as well as the Instructional Technology Facilitator. In 2017, Anthony moved to Wake County Public Schools where he has taught high school Social Studies at Green Level High School and Willow Spring High School. He has served on school leadership, school improvement team, digital portfolio committee, and as department chair at the newly opened Green Level High School. Anthony has also served as a curriculum writer for Wake County Public Schools since 2019. Anthony can be reached at atgrondz@ncsu.edu. 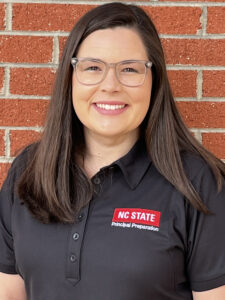 Lauren Richards earned a Bachelor of Science degree in Middle Grades Education with concentrations in English Language Arts and Social Studies from East Carolina University. Lauren has served as Grade Level Chair, a member of the MTSS Team, and the School Improvement Team. She is a Beginning Teacher Mentor and a member of the PBIS Committee. She currently teaches English Language Arts at Oberlin Magnet Middle School in Raleigh, NC. Lauren can be reached at lericha3@ncsu.edu. 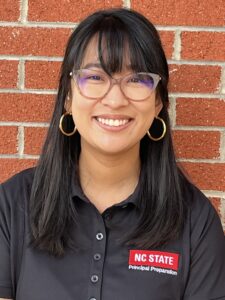 Alex Storey graduated with honors from Meredith College in Raleigh, NC with a Bachelor of Arts in English and K-6 Teaching License. She has worked in the Wake County Public Schools System since 2016 and previously taught kindergarten and fourth-grade. Alex has served on several leadership committees while teaching at Oak Grove Elementary School, including the Media and Technology Advisory Committee, Intervention Team, Digital Portfolio Team, and the Diversity and Equity Committee. She currently serves as the Math Intervention Teacher at Oak Grove Elementary School. Alex can be reached at astorey@ncsu.edu. 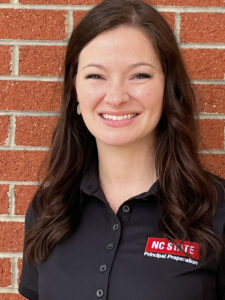 Lindsay Strickland earned a Bachelor of Science degree in Middle Grades Education from the University of North Carolina at Greensboro. She began her career in public education serving as an 8th-grade Science teacher in the Winston-Salem Forsyth County School District before moving to Raleigh, NC. Currently, Lindsay serves as the Magnet Coordinator and University Liaison for Centennial Campus Middle School in the Wake County Public School System. She helped her school earn the prestigious National Magnet Schools of America Certification at the demonstration level. Lindsay is a prominent member of the school’s leadership team and has co-facilitated the School Improvement Team for the past six years. Lindsay can be reached at lcstrick@ncsu.edu. 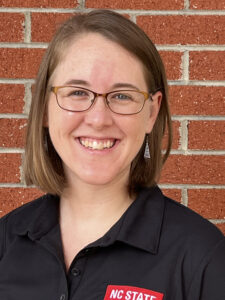 Rachel Sweeney earned a Bachelors of Arts degree in History and Secondary Education from the College of William and Mary. After graduation, she joined the Peace Corps and served as an English teacher for grades 8-10 in a small rural school in Namibia. She then moved to Wake County and has taught Social Studies, ELA, and magnet electives in the county since 2013. Rachel has served as grade level chair, been a member of the School Improvement Team, and has led professional development at her school. She has also coached soccer, Mock Trial, and Model UN. For several years, Rachel also worked to write and revise the eighth grade Social Studies curriculum for Wake County. She is currently teaching 8th grade Social Studies at Moore Square Middle School. Rachel can be reached at rwsweene@ncsu.edu. 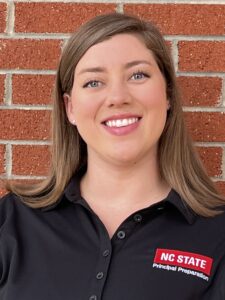 Kasey Wilmers earned an undergraduate degree in Child Development with an add-on B-K license from Meredith College where she was a Meredith College Teaching Fellow. She began her career as a kindergarten teacher, and in 2021 she began serving as the intervention teacher at Lead Mine Elementary. Kasey served as the School Improvement Team Process Manager and leads professional development sessions for staff throughout the school year. She has also served as grade team chair and a member of the Instructional Leadership Team. Kasey can be reached at
kjwilmer@ncsu.edu.