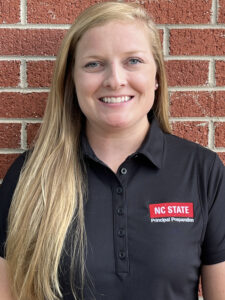 Laura Brown graduated from East Carolina University in 2016 with a Bachelor of Arts degree in Elementary Education with a concentration in Mathematics. Laura has taught 3rd grade in a dual language immersion program at West Greene Elementary School in Greene County since graduating college. She is the 3rd grade chairperson and a part of the school’s leadership and improvement team along with the PBIS team. She has been involved with developing the language arts curriculum for her grade since 2018 working closely with the literacy coach. Laura has been in charge of creating the school’s yearbook since 2019. Laura can be reached at lbrown26@ncsu.edu. 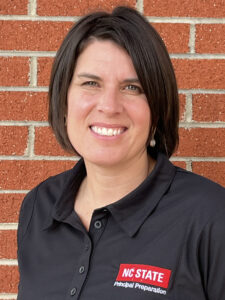 Kelly Garcia graduated with honors with a bachelor’s degree in English Education from Ball State University as an Emen’s Scholar. She attended East Carolina University to obtain a master’s degree in Reading and Literacy Education. She holds her National Board certification in English Language Arts for Early Adolescence. She was a Greene County Schools Teacher of the Year and served as a member of the North Carolina English Language Arts Standards Review and Digital Support Writing team. In her 21 years as an educator, she spent 10 years teaching middle grades English Language Arts before transitioning into her current role as an Instructional Coach for grades 6-12 in Greene County. As the grades 6-12 Instructional coach, Kelly collaborates with teachers at Greene County Middle School, Greene Central High School, and Greene Early College to provide support for curriculum development, literacy strategies, reading interventions, and Sheltered Instruction Observation Protocol (SIOP) components. Kelly is currently serving as an Assistant Principal at Greene County Intermediate School. Kelly can be reached at krgarci2@ncsu.edu. 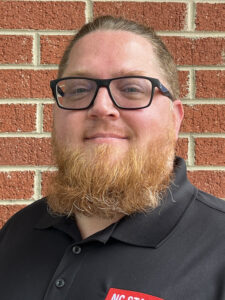 Thomas Loftin, a Veteran of the U.S. Army, earned a Bachelor of Science degree in Elementary Education with a specialty in K-12 reading Instruction from East Carolina University. He was recognized as Teacher of the Year at Greene County Middle School for both the 2015-16 and 2020-2021 school years. He has taught 2nd grade, 4th grade, 6th grade Social Studies and STEM education to all middle grades. Thomas is currently serving as Greene County Schools’ 6-12 Instructional Technology Facilitator. He is also an active alumni of the North Carolina Digital Leaders Coaching Network as well as a current member of the NC Rural Teacher Leaders Network. From 2016-2017 Loftin served North Carolina as a member of the Governor’s Educational Advisory Committee. Since 2014 he has presented at several national and state conferences as an ambassador for Greene County Schools including the National Council for Social Studies and the At-Risk Youth National Forum. Thomas can be reached at tgloftin@ncsu.edu. 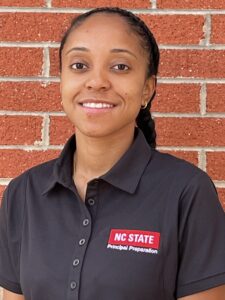 Stephanie Orosco graduated cum laude from the University of North Carolina at Greensboro earning a bachelor’s degree in African American Studies. In 2015 she began teaching history at Goldsboro High School where she was awarded Beginning Teacher of the Year in 2017 and Teacher of the Year in 2018. She is the head coach for women’s cross country and the assistant coach of women’s basketball and soccer. Stephanie serves as Goldsboro High School’s history department chair and is a long standing member of her school’s leadership team. In 2021 she was selected to be a member of Wayne County Public School’s Social Studies Super Core where she serves as a district facilitator in American History. She is also a part of the inaugural Rural Teacher Leader Network where a diverse group of educators across rural NC collaborate to strengthen professional practices and cultivate leadership that focuses on equity, trauma-informed practice, and global education. As of December 2023, Stephanie is the Assistant Principal at Forest Hills Middle School in Wilson County. Stephanie can be reached at saorosco@ncsu.edu. 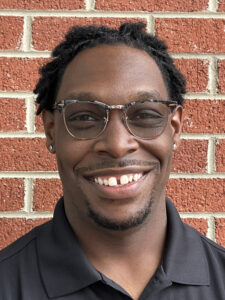 Reginald Simon earned his Bachelor of Arts degree in Mass Communications with a concentration in Broadcast Media from North Carolina Central University in 2014. In 2016, he began teaching English Language Arts (ELA) at Westover High School in Cumberland County. He was awarded Beginning Teacher of the Month several times and was nominated as Beginning Teacher of the Year for the 2020-2021 academic school year. That same school year, he was selected to participate in a county-wide PD that highlighted hybrid learning strategies. Reginald also served as the founder and head mentor of the Brotherhood of Successful Students mentoring program, also known as BOSS. In 2020, Simon completed his lateral entry requirements at Fayetteville State University and received his NC Educator’s license later that year. Simon currently serves as a 7th Grade ELA teacher, Head Baseball coach, and athletic trainer for winter sports at John Griffin Middle School in Cumberland County. Reginald can be reached at rsimon2@ncsu.edu. 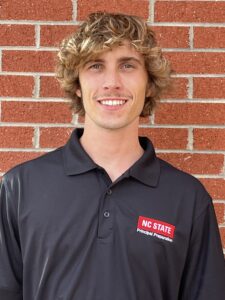