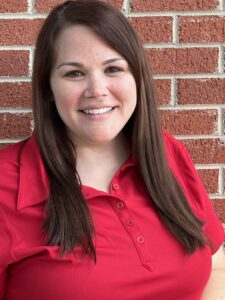 Jessica Bailey earned a Bachelor of Arts in Communication (disorders concentration) and a Bachelor of Science in Elementary Education from NC State University. She earned her Academically or Intellectually Gifted educator certification from East Carolina University. Jessica began her career at a charter school in the special education department and has since worked in Wake County schools in both 2nd and 5th grade classrooms. She has served as a member of the School Improvement Team, Leadership team, and as a Beginning Teacher mentor. Jessica is a strong believer in growth mindset and enjoys sparking creativity and empowerment in others. She currently serves as a second-grade teacher at Parkside Elementary in Wake County. She will complete her Principal Residency at West Millbrook Middle School during the 2022-2023 school year. Jessica can be reached at jlheadri@ncsu.edu. 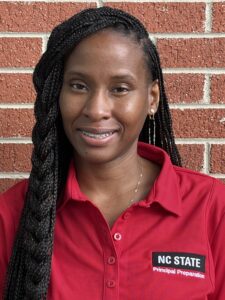 Sade´ Chambers earned a Bachelor of Arts degree in Middle Grades Education with a concentration in Mathematics from Elon University. Sade´ has worked in Iredell-Statesville Schools and Wake County Public School System as a middle grades math teacher. Sade´ was recognized as Teacher of the Year for the 2015-2016 school year. Sade’s leadership opportunities include Math Professional Learning Team Lead, Teacher Mentor, School Improvement Chair, and PBIS team member. She has also been involved in student activities as a member of the College Committee, a board member of Inspiring Youth Through College Experiences and the advisor of the National Junior Honor Society. She currently serves as a middle grades math teacher teacher in Wake County. She will complete her Principal Residency at Southwest Elementary School during the 2022-2023 school year. Sade´ can be reached at bschambe@ncsu.edu. 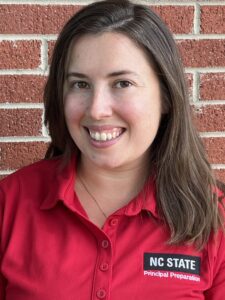 Signe Coffey earned her Bachelor of Science degree in Childhood Education with a concentration in Social Studies from the College of Saint Rose in Albany, NY. She earned a Master of Arts degree in Curriculum and Instruction from Teachers College, Columbia University in New York City. Signe taught 3rd and 4th grades in Person County and Durham Public Schools and served as an Instructional Coach for Durham Public Schools. She supported Durham Public Schools with curriculum writing in Social Studies, has supported MTSS facilitation, and has served in leadership roles of School Improvement Teams. Signe is currently a Lead Coach for Durham Public Schools, providing support and professional development to Instructional Coaches throughout the school district. She will complete her Principal Residency at Githens Middle School during the 2022-2023 school year. Signe can be reached at smcoffey@ncsu.edu. 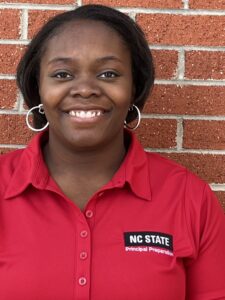 Lisa Davis earned a Bachelor of Science degree in Middle Grades Education from The University of North Carolina at Greensboro. As a NC Teaching Fellow, she was able to participate in specialized learning experiences to ensure success after graduation. She has taught 8th Grade Social Studies at East Wake Academy in Zebulon since 2011. Lisa has served as the 8th Grade Team leader for many years. She is also a proud member of the School Improvement Team in the Middle Academy. In 2017, she was voted Middle Academy Teacher of the Year as well as East Wake Academy’s school-wide Teacher of the Year. Her focus on the social-emotional development of adolescents has allowed her to facilitate many professional development sessions including one at a national conference for middle school educators. She has also served on the Digital Learning Leadership Team. She will complete her Principal Residency at East Wake Senior Academy during the 2022-2023 school year. Lisa can be reached at lmdavi22@ncsu.edu. 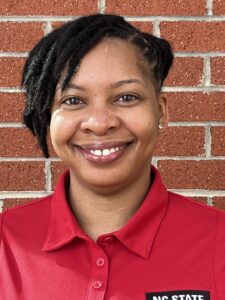 Nikia Glass earned a Bachelor of Science degree in English Secondary Education from Appalachian State University as a a NC Teaching Fellow. She recently earned a Master’s Degree in Secondary Education from Grand Canyon University in 2020. She has served as a member of the Faculty Council, Positive Behavior and Intervention Support, School Improvement Team, and as the teacher representative for the Board of Directors. She has been actively involved in extra-curricular activities including yearbook, Senior Class Advisor, and Cheerleading. Nikia taught grades 6 through 12 English and Social Studies in both traditional public and public charter schools in Edgecombe, Nash, and Durham Counties. She currently teaches 7th grade English Language Arts at Rogers-Herr Year Round Middle School in Durham County. She will complete her Principal Residency at Glenn Elementary School during the 2022-2023 school year. Nikia can be reached at nsglass@ncsu.edu. 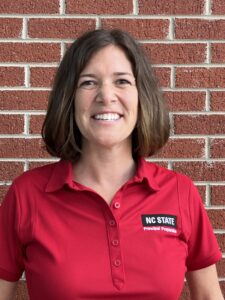 Brooke Little graduated with a Bachelor of Science degree in Agricultural and Extension Education from Penn State University and earned her National Board Certification in the area of Science/Adolescence and Young Adulthood. She has worked as a High School Science Teacher, Intervention Coordinator, and Career and Technical Education Teacher. She has been recognized as the 2004 Rookie Teacher of the Year, a 2010 NCSU Sigma Xi Outstanding Teacher, a 2020 Stem Educator of the Year, and a nominee for 2021 Teacher of the Year. Brooke has found joy learning and leading in schools through diverse opportunities including writing curriculum, chairing the School Improvement Team, coordinating the work of Beginning Teachers and Mentors, and facilitating school-based professional learning for Professional Learning Teams. She has served as a member of several committees centered around instructional and cultural leadership, as well as being actively involved as an advisor for student interest and service clubs. Brooke currently serves as an AP Environmental Science Teacher, Science Department Chair, and Beginning Teacher Mentor at Green Level High School in Wake County. She will complete her Principal Residency at Buckhorn Creek Elementary School during the 2022-2023 school year. Brooke can be reached at bllittl2@ncsu.edu. 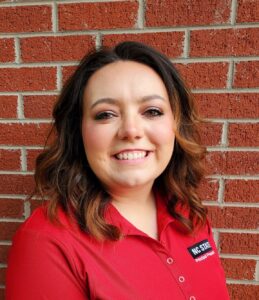 Andrea Ruby graduated from Duke University with her Bachelor of Arts in Evolutionary Biology and a Minor in Secondary Science Education. She has been a science teacher at Riverside High School in Durham for six years, teaching Biology and AP Biology. She served as the science department School Improvement Team representative for three years and is serving as the testing coordinator in conjunction with teaching during the 2021-22 school year. She has been nominated three times for Teacher of the Year. She is passionate about improving opportunities for students in STEM fields and working toward systemic equality in education. She has a son and her spouse is also an NC State Graduate Student in the School of Design. She will complete her Principal Residency at Hillside High School during the 2022-2023 school year. Andrea can be reached at aruby2@ncsu.edu. 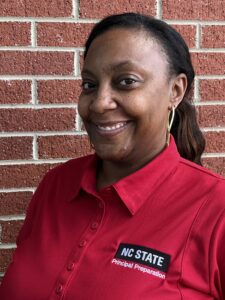 Ticia Scott earned her Bachelor of Science degree in Public Health from the University of North Carolina at Greensboro. While teaching she received her Master’s in STEM Education from NC State University. She has participated in the DPS Foundation’s Teacher Leadership Academy, served as the PLC Lead, Graduation Co-Coordinator and Chick-fil-a Leaders Academy Facilitator. She has also served on the School Improvement Team and as Senior Advisor. Ticia currently teaches Biomedical Science and Southern School of Energy and Sustainability in Durham County. She also supports beginning teachers with best practices for classroom and instructional management strategies. She will complete her Principal Residency at Shepard Middle School during the 2022-2023 school year. Ticia can be reached at trscott4@ncsu.edu. 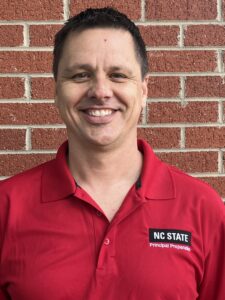 Michael Warholik earned a Bachelor of Science degree in Elementary Education from Eastern Michigan University in 2005. Michael started his teaching career in Wake County during the 2008-2009 school year and has taught 1st, 3rd and 5th grades. He was named his building’s Teacher of the Year in 2012. He has served as grade chair, chair of his school’s Data Committee and has been a member of the Superintendent’s Teacher Advisory Council for three years. Michael enjoys coaching and mentoring new teachers as a mentor teacher for Wake County Public School and by hosting student teachers from the College of Education at NC State University. He is currently teaching 5th grade at Brooks Museums Magnet Elementary in Wake County. He will complete his Principal Residency at Oberlin Middle School during the 2022-2023 school year. Michael can be reached at mjwarhol@ncsu.edu.