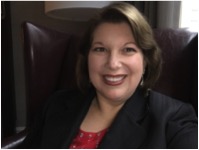 North Carolina State University’s Educational Leadership Department welcomes Fran Riddick, Ed.D. as Executive Director of Innovative Leadership Initiatives. Dr. Riddick received her Bachelor’s Degree in Mathematics, Masters of Education in Curriculum and Instruction, and Master’s of School Administration at NC State University. She taught and served as an administrator in several counties in NC. She received her Ed.D. in Educational Administration and Supervision from NC State University and holds certifications and conducts a variety of training on leadership topics, effective communication techniques, and collaborative strategies.  She can be reached at fapiscit@ncsu.edu. 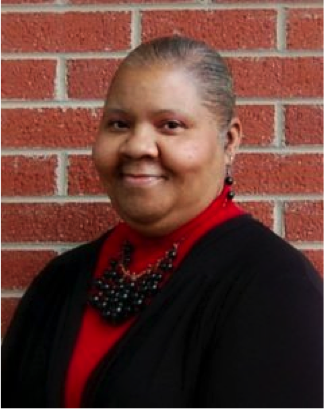 Dr. Brenda Champion serves as Executive Director of NC State’sLeadership Academies. She assists Dr. Bonnie Fusarelli in the oversight of all four of NC State’s leadership academies: The Northeast Leadership Academy 2.0 (NELA 2.0), The Northeast Leadership Academy – District and School Transformation (NELA-DST), The Durham Principal Leadership Academy (DPLA), and the North Carolina Leadership Academy (NCLA). Dr. Champion earned her undergraduate degree in government from Cornell University in Ithaca, NY and a Master’s Degree in Education in Administration, Planning and Social Policy from Harvard University. Her love of learning compelled her to obtain a second Master’s Degree of Science in Elementary School Science and Environmental Education from Brooklyn College. After which, she held various positions at both the school and district level in NYC. She earned her doctoral degree in Educational Leadership from the University of Pennsylvania. She joined NCDPI as a School Transformation Coach and has supported principals and their school communities in Halifax County. She can be reached at bdchampi@ncsu.edu

Dr. Shirley Arrington currently serves as Director of NC State’s North Carolina Leadership Academy (NCLA). Dr. Arrington earned her undergraduate degree in elementary education from North Carolina Wesleyan College in Rocky Mount and her master’s degree, principal certification, and doctorate from Campbell University. She has held a number of leadership positions in North Carolina public schools and is currently a Teaching Assistant Professor at NC State. She also works part-time as a program assistant and facilitator for the North Carolina Principal’s and Assistant Principals Association (NCPAPA). Dr. Arrington can be reached at sharring@ncsu.edu. For more information on NCLA, see: go.ncsu.edu/ncla

Dr. Pat Ashley currently serves as Director of NC State’s Durham Principal Leadership Academy (DPLA). Her recent prior experience leading District and School Transformation for the North Carolina Department of Public Instruction focused on data-documented school and district turnaround. She oversaw the successful implementation of the NC Turnaround Initiative as well as NC’s ambitious Turnaround effort for 12 districts and 123 schools as part of a Race to the Top grant. Before returning to her home state of NC in 2006, she was Assistant Superintendent for Instruction of Kentucky’s Owensboro Public Schools— identified by Standard and Poor’s as an “outperforming” Title I district where student achievement far exceeded predictive variables. Her undergraduate degree in history is from Duke University and her master’s degree and doctorate are from NC State University. She studied in India on a Fulbright and is currently Teaching Assistant Professor at North Carolina State University. Dr. Ashley can be reached at dr.pat.ashley@gmail.com. For more information on DPLA, see: go.ncsu.edu/dpla

Dr. Cathy Williams currently serves as the NELA Cohort VI Director, but has been a part of the NELA Instructional Team since the very beginning. She was born in raised in Chicago, Illinois and began her teaching career in North Carolina in 1990. She retired in 2014 after spending nine years as a classroom teacher, three years as a Central Office administrator, and twelve years as a school administrator. Dr. Williams earned her master’s degree in 2002 and her Ed.D. in 2011, both in school leadership, from North Carolina State University. She can be reached at ccwilli3@ncsu.edu. For more information on NELA 2.0, see: go.ncsu.edu/nela2.0

Dr. Greg Hicks currently serves as the Director of NC State’s first NC State Principal Fellows Cohort, a cohort of 14 NC Principal Fellows. Additionally, he serves as NC State’s Internship Coordinator for the Masters in Administration and Doctorate in Education programs. He earned a Bachelor of Arts in elementary education from Elon University, a Master’s of Education in School Administration from the University of North Carolina in Chapel Hill and his EdD. from North Carolina State University. Dr. Hicks was the assistant superintendent for human resources and finance for Orange County Public Schools. Prior to that, he was a principal in Person County Schools. Dr. Hicks can be reached at ghicks@ncsu.edu.  For information about NCSU Principal Fellows see: https://principalfellows.wordpress.ncsu.edu/.